On the review of "Twisted" the last installment of Kate and Drew, I couldn't write (and spoiler) a few things that annoyed me and made me a bit reluctant to read this one. Yet we had "Tamed" in the middle so I actually forgot how much I disliked "Twisted" and just HOW MUCH I should be worried of this one.


Lets start with a side note before I forget to mention it. Tattoos. I LOVE tattoos, they're great, they're sexy, they're fun (not during, naturally.. after they are done..), I have a few myself and I'm contemplating my next ones.. YET there is nothing more terrible than a name tattoo. In "Twisted" Drew got a tattoo of "Kate". REALLY? I'll ask that again Drew style - R-E-A-L-L-Y-?

So that's the way the book started for me, with a reminder of that stupid tattoo. But it continued and the WORST THING EVER happened and the thing I was worried THE MOST after "Twisted". It's like my family get together nowadays compared to 10  years ago. It's all about the freaking KIDS! In this one, it's all about the baby.. James.. If there is something I'm NOT interested in a romance is how to be a good parent. Especially as I listen to my neighbor's kids having a laugh and a cry in the house above my apartment. So I thought, well, this is about the wedding, the week in Vegas! Let's just skim through the first or maybe second chapter especially as they are also speaking of strippers in bachelor's parties and should they - yay or nay. I say NAY. There is nothing more disgusting than that. Sorry to be the party pooper. Just this weekend I had a conversation with a good friend about it. Why is this thing necessary really? and in this book specifically since except for one guy everyone is "coupled".. Uber disgusting! :/

Well, never mind, I said I'm moving on to the more interesting staff. OK, we're out of the apartment GREAT one step into going AWAY from any kid. WRONG. Another boring chapter of Alexandra's kids with the MAJOR HIGHLIGHT - There's a Great Dane in the picture! His name is Bear! :) Too bad he is a stupid Great Dane who isn't even house broken.. Well, at least while reading that MY Great Dane was snuggling unto me which he hardly ever does, at least not for long. So I told myself, lets see how long he stays (since I WON'T move if he is being so cute!) the plot will get interesting soon, right? wrong, AGAIN. Another family gathering, not interesting, babies/kiddies included.

Then, Eric, my Great Dane moved. He had enough and I felt like so did I. 31%. That was it for me. We haven't gotten to Vegas yet I needed a break.

This was a TOTAL bore for me. The first book was GREAT! the third of Matthew and Dee as well! But sadly both "Twisted" and this one didn't hold me, not at all. I feel like there was really no need for more books after the first one for Kate and Drew. The second one was all about the misunderstanding and them having a baby and this one I don't know what it's suppose to be about but I feel like a couple who is 4 years together doesn't need "more". They are an established couple and more misunderstandings, mistakes or whatever are simply not needed and adding kids to the mix doesn't make it a romance it makes it a family oriented I'm not even sure how to call it since I NEVER read anything of this kind.

I'm sure people who are into kiddies and love those books with misunderstandings which aren't really "angsty" (I mean, I don't think anyone will die.. from reading the previous ones..) will enjoy this one, but for me, this was a total miss. 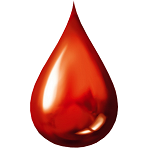 Additional Details: Kindle Ebook, 256 pages, 13 October 2014 / On GoodReads
ABOUT THIS SERIES
Tangled is a Contemporary Romance Series by Emma Chase which centers on Andrew (Drew) Evans and Katherine (Kate) Brooks though there is one book in the series portraying Kate's best friend Dee coupling with Drew's best friend Matthew (#3, "Tamed").

Both Drew and Kate are into Investment Banking. Drew being a partner in his father's company and Kate coming to work there as well. Drew was always a "ladies men" or maybe I should just call him the way we see it - he's a slut. He doesn't sleep with the same woman twice, he doesn't bring them home, he doesn't coddle them. Then comes Kate.. who is first an attraction, then an obsession not only physically also mentally as they compete for a client. The attraction wins out somewhere along the line but then with appreciation and friendship they build a relationship.

These books are so FUNNY and enjoyable to read!
When I started "Tangled" I was a bit worried I won't get Drew who is basically a douche! and when he is not, he can be SO childish. Yet somewhere he grew on me and I realized I was just sucked into the story and couldn't and wouldn't put it down. I really liked the fact we have only a guy's POV - so refreshing! Emma writes men EXTREMELY well.

The second book "Twisted" and the forth book "Tied" continue telling us of Drew and Kate but I didn't really like those. I feel like there is no real "need" for them relationship-wise and I also didn't like the plot line (can't say more without a MAJOR spoiler..).

Can't say I totally recommend this series, I DO recommend both "Tangled" and "Tamed" (HEA of Matthew and Dee) but not the other two books in the series or the short novella (the "extra scenes" are actually short and cute and I do recommend those for the fun of it). I also don't think there is a need plot-wise to read the books I'm not recommending since both those books feels closed in their ending. Naturally more can happen but there are no loose ends you might be worried about / interested in.

[ Note - Bold/Purple refers to the POV ]
Email ThisBlogThis!Share to TwitterShare to FacebookShare to Pinterest