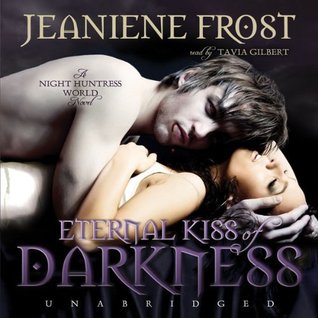 This one was a joy! I really enjoyed both Mencheres and Kira. I loved each one on their own and loved them even more together. Funny how Kira is protective of Mencheres without realizing that he doesn't really need that, but I think we can all appreciate our dear ones being there for us even if we can handle it all on our own. I think that with everyone taking Mencheres as he is, what he is and what he can do, few actually consider what he has been through, what his past was like and what prices he paid for being so powerful and old. Kira steps her foot a few times in front of Mencheres' friends and allies (also with his enemies..) to "protect" him, or protect his interests, trying to make people realize that he is still just a man, entitles to make mistakes, entitles to have him wants and needs.


I think I kinda went ahead of myself, you don't know who Kira IS yet! well, you got she is Mencheres' HEA. They meet accidentally when Mencheres tries to put an end to his life while fighting a few Ghouls. Kira who trained to be a cup (but is actually a PI) tries to come to his aid but gets attacked herself making Mencheres ditch his idea and save her while killing the Ghouls in one swipe of his hands.. After healing Kira he intends to wipe her memory and let he be gone on her way, too bad he can't seem to do that.. He keeps waiting for his blood to be clear of her system, tries drinking a little of her blood but nothing works! Thing is, he doesn't really want to let her go, every conversation he has with her, while being held in his home (as a sort of "guest" who isn't allowed to leave) makes him crave her more, she is unlike anyone he has ever met since she doesn't know who he is, what he is, how powerful he is, he is just a man to her which is exactly how she treats him. Kira is also intrigued by Mencheres but since she is his captive she doesn't even consider acting on her interest and desire. After Mencheres lets her go she wants him back, trying to look for him she stumbled across some mean ass vampires that torture her and doesn't leave her any choice but tell them she knows Mencheres. It could have ended really well for her, Mencheres coming to rescue her if only Mencheres worst enemy, Radjedef, didn't follow him and makes it all burn to hell..

Radjedef is Mencheres' uncle. He has been mooning over Mencheres' power for years and years but ever since Mencheres shared his power with Bones and he seemed to retreat to himself Radje fears that Mencheres will leave this world taking his powers with him, therefore he tries to catch Mencheres doing "something" wrong, so he, as a guardian of the Vampiric law, can sentence him to death and take his powers from him. Kira was just the "thing" he needed, coming to the club where she is held he finds the best excuse to demand Mencheres kill her. It could have ended pretty easily if Mencheres could just kill Radjie and be done with it, but he can't do that and from there on it starts to burn slowly but surly to hell.

When pushed to the wall, Mencheres turns to his two friends and allies - Bones (and Cat) and Vlad Tepesh. Obviously I really enjoyed Vlad's part. He is SO funny, I enjoy every word that comes out of his mouth I swear! Bones and Cat were a nice addition but Cat's dislike of Mencheres was quite annoying, give a guy a break, will ya? As things seems lost Mencheres will do everything in his great power to save Kira (and himself) from Radje, taking him down for the final time.

I really enjoyed the romance in this book and how it somehow went backward or, I don't know, it was different, first Kira saving Mencheres, or maybe he saved her? then she is held captive yet there is something going on between them while nothing happens, then they are apart and when they come together there is still the "impending death" of Mencheres, yet their time together brings Mencheres to realize he doesn't WANT to die. The conclusion with the blackness in Mencheres' visions was also interesting and played really well in the scheme of things.

I also want to say that I enjoyed the narration in this one and the previous of Charles/Spade and Denise better than the Night Huntress, somehow the voices sound better to me, both males characters sounds more masculine. Mencheres sounds different, more settled like he thinks of every word. I liked that.

Now to the fifth one in the Night Huntress series.

Additional Details: Audiobook, 10:24 Hours, 7-9 August 2014 / On GoodReads
ABOUT THIS SERIES
The Night Huntress is a great, action packed, funny and romantic Urban Fantasy Series by Jeaniene Frost. The Series follows Cat the half breed Vampire and Bones her Vampire lover. Together they fight humans as well as mythological creatures (like other Vampires, Ghouls, Ghosts and more). The Series contains a total of 7 full novels and one short novella finishing their story line. Besides these, there are also 2 more short novellas, one of Bones before he met Cat and another of the both of them with no real connection to the main plot line (published after the 4th novel). There is no significant to the series in reading these two. After the series was finished another book was published - Outtakes from the Grave containing a "Director's Cut" of deleted scenes and alternate versions.

There are a few more outside novels listed as "Night Huntress World". Two short novellas of outside characters (Happily Ever After & Devil to Pay) with no significant or relevant to the Night Huntress series as well as two full length novels of Charles and Denise - First Drop of Crimson / Mencheres and Kira - Eternal Kiss of Darkness. I inserted those books in the right reading / publishing order in the list bellow. Even though you don't have to read them to understand Cat and Bones' series, the two full length novels explain how the two couples came together and mind you, both of them are GREAT! :) They have a different feel to them since they have alternation POV of the MC and also, naturally they are not Cat and Bones, yet it is in their world and there are "guest appearances" of our favorite characters.

There are two spin-off series to the Night Huntress World. First "Night Prince" of Vlad the Impaler finding his HEA with Kira which is currently my absolutely FAVORITE PNR / UF books! Second is "Night Rebel" of Ian and Veritas these are superb as well! While these two sub-series can totally be read as "stand alone" series, just bare in mind, characters from all over the Night Huntress World at times make an appearance. I don't think it's necessary to read them if you don't feel like it though.
I really recommend this series to all PNR and UF lovers. Though Cat CAN be a overly stubborn and sometimes childish she is one hell of a Grim Reaper (with red hair :)). She kicks ass, and it's always fun reading of a strong woman who can handle her opponents as well as hold her liquor. I enjoyed the extra "Night Huntress World" novellas but mostly loved the two full length novels of Cat and Bone's friends as well as Ian and Veritas' spin-off. The absolute joy, the cream and the cherry as well as the chocolate cake and banana muffins are the Night Prince novels. MY GOD I don't know how I lived before reading them..
Books: