This book was THE sweetest thing! I LOVED Silas, especially when Delilah is concerned, their story was so endearing! You'd maybe expect an athlete to be more "macho" but Silas couldn't be further from that, he is caring, sensitive and romantic. Funny how difficult it was for Delilah - a song-writer and singer to express herself like he seemed to do effortlessly. I really enjoyed how thoughtful he was towards her, not truly pressuring her into anything. Letting her get used to ideas, to himself, and often giving her the opportunity to lead when she so needed it. He called it "Zero ego", I kinda like that :)

I feel like the paragraph above is mostly what anyone should need to go ahead and grab this book.. and yet there is much more to say about Silas and Delilah, about how they met, missing opportunities but also making new ones..

It wasn't the best summer for Silas Kelly. He was SUPPOSE to be drafted as a Hockey Goalie after he finished college but there was a change of plans and he is now stuck in the small town of Darlington Beach, tending bar at "Roadie Joe's", not sure what to do about his future. He put all his eggs in "Plan A", not wanting to consider what would happen if he didn't get his big break. In a way, Delilah Spark is in the same place, she is WAITING for her Plan A to explode. She is trying to build a name for herself as a singer. The small town she and Silas meet, during a music festival seems to be a good a place especially with the help of the kinda douchey but also well connected - Bret Ferris. She doesn't plan on letting him "run the show" for her, but she needs him at the moment so... When Delilah orders an unopened beer bottle (the cheapest she could get) Silas is already enamored. They spend three weeks, chatting up while she drinks her regular unopened bottle of beer between the odd jobs Bret finds her. She enjoys Silas' company - maybe a bit too much - so she keeps refusing to give him her phone number not sure what future they could have.. But something about the honest and thoughtful Silas makes her wish she could.

A hasty offer to make his dreams come true puts Silas on a plane faster than he can let Delilah know he got the big break he was waiting for, and with no phone number between them, actually with no real name from Silas' part (due to a silly name tag) there is no way for them to (re)connect..

Yet though Delilah couldn't find Silas even if she tried, Silas was following Delilah's carrier enthusiastically. It became quite the joke between him and his teammates, being Delilah's "Superfan", going to her concerts, buying her records and staying "up-to-date" about her life. Her recent break up from Bret Ferris DID warm his heart... So when a chance to meet up with her arrives quite surprisingly through a twitter exchange he is READY to finally get to meet her face-to-face, explain everything that led to his quick departure and maybe even give a shot to something REAL between them. 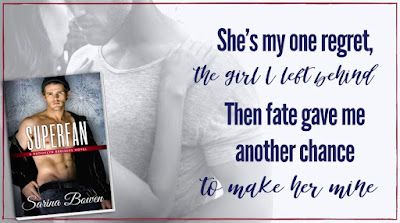 Delilah is hesitant about meeting this "Athlete / Hockey player" who made a silly bet with her while she was watching her first Hockey game. Her assistant and best friend Becky is all for her to go out with him, but the public exchange almost makes them miss the whole thing as Brett finds his way to interfere..  If he can't have Delilah he sure won't accept her being with Silas of all people (as they actually know each other from high school where they played tennis one against the other). It's not enough the horrible mistake Delilah made in becoming his girlfriend she also has to deal with his strange behavior of refusing to release her second album, trying to pressure her to first sign with him for more albums. Delilah is tired of him, his bossy behavior and the impact he still has on her life even though they are not a couple anymore.. Yet somehow through all of this, she and Silas DO get to meet.

It's obvious right from the moment Delilah opens the door to find not just a random athlete but the guy she knew as "Ralph" they have unfinished business between them. And it's far more than just an attraction they shared even then.. Delilah might have been upset with the way things ended but she could never forget how sweet and encouraging Silas was right from the start. Silas has waited 3 whole years to meet Delilah again and he is not going to let her get away if there is a chance they can give a relationship a chance. Spending time together is so EASY, but RE-scheduling is far more difficult considering he lives in New York and she in California. 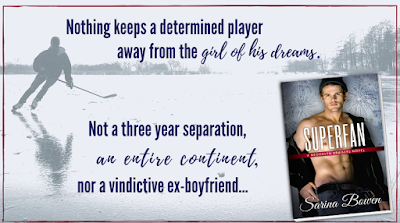 Silas was truly committed to making their relationship work, he has waited enough, and though his career is very important to him, he won't let it stop him from being with Delilah and even if they need to spend (more than) a bit of time apart he believes what they have is important enough to pursue. They might have just "clicked" 3 years ago, but as they come to get to know each other better he becomes even more confident it's what he wants.. He just needs to be sure it's what Delilah wants as well..

I've rambled WAY too much about this book.. I'll just say that though they had a bit of a bumpy ride, and though it takes time to truly get rid of Brett and his abusive behavior, they get their happily ever after in the sweetest way possible! I gotta say, I really wish we'll meet Delilah's bodyguard - "Mr. Muscles" again.. I figure he's kinda misunderstood.. Poor guy.. The new bodyguards though? Awesomeness! ;)

I kindly received this ARC in exchange for my honest opinion.